Here is a lovely seasonal recipe which makes fantastic use of a forgotten fruit. Don’t be put off by the steps needed as the result it most definitely worth it and any extra freezes well for a few weeks. Damsons are a old fashioned sour type of plum with a very intense plum flavour – far superior to anything in the shops. I find these in local hedgerows or the car park of a National Trust property south of London! A bavarois is very similar to a mousse but is usually based on a creme anglaise: in this case the egg yolks are beaten over heat. Pureed fruit or chocolate and gelatine are added, and after an initial cooling the bavarois is aerated with lightly beaten whipping cream. When allowed to stiffen in the freezer or refrigerator the bavarois acquires its characteristic creamy, airy texture. 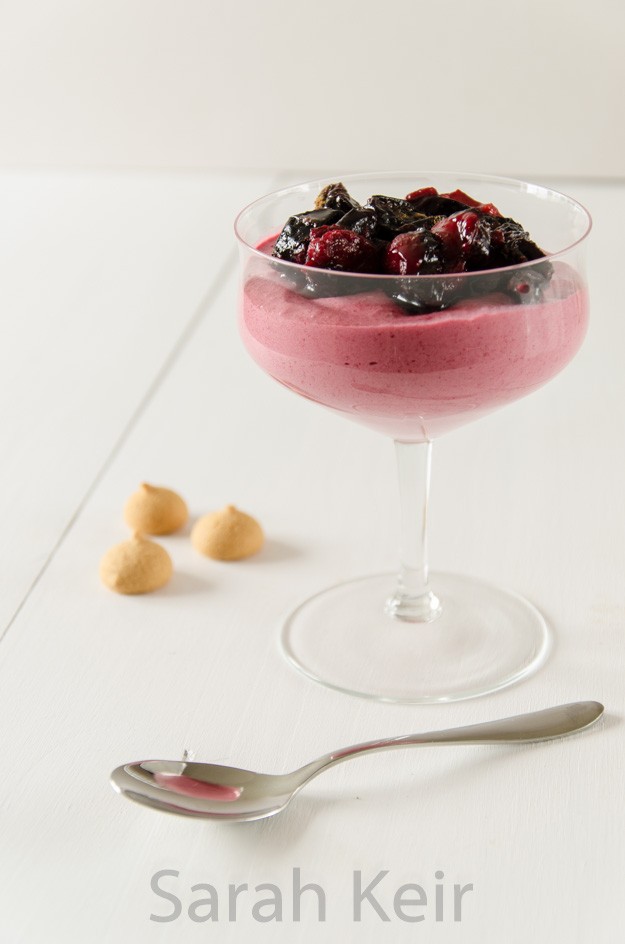 This recipe is slightly modified version found here at The British Larder, a restaurant in Suffolk which I am dying to visit (they were fully booked when we tried to go there on a spur of a moment last year). 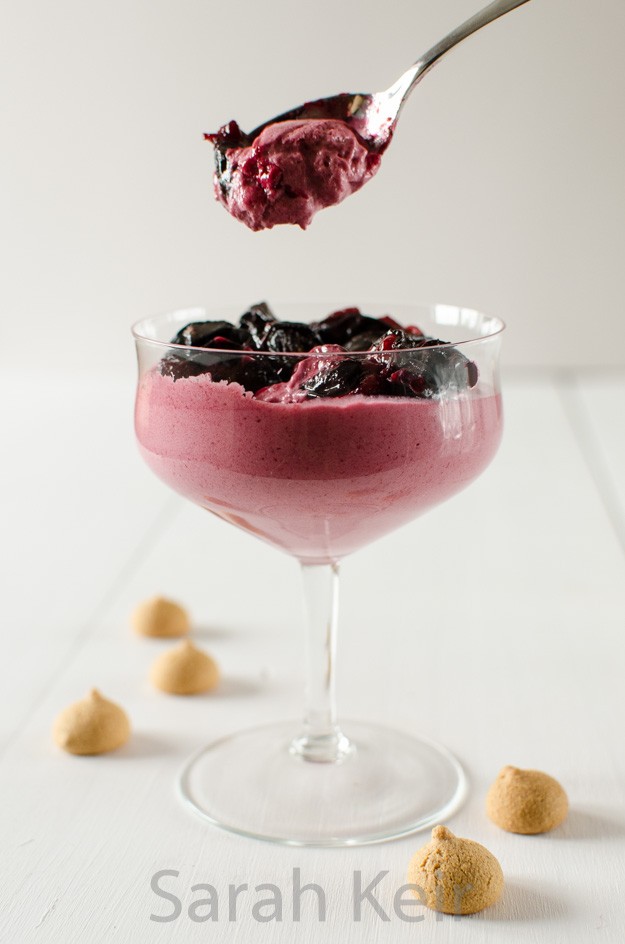 To prepare the baked damsons, preheat the oven to 200 °C/180 °C fan. Spread the damson halves out on a baking tray lined with baking parchment (this really helps with washing up later!). Sprinkle over the brown sugar and spice and bake for 20-30 minutes, stirring a couple of times until the damsons have turned all jammy. Allow to cool and store in fridge until needed (up to a week).

For the damson bavarois, you first need to prepare a puree. Place the washed damsons and water in a medium pan and place over a medium heat. Bring to the boil and then simmer for 10-15 minutes until the damsons have burst and broken down. Remove from the heat and press the mixture through a sieve into a non-metal bowl and place in the fridge to cool down.

Place the caster sugar, egg yolks and 30ml of water in a glass bowl over a pan of gently simmering water. With a hand-mixer whisk continuously until thickened and pal e yellow in colour (took about 10 minutes). Remove from the heat and whisk in the bloomed gelatin until all dissolved and now add the cooled damson puree and whisk in. Whisk the cream in a separate bowl until it reaches soft peak then fold into the egg/damson mixture.

Spoon or pipe the bavarois mixture into glasses or small ramekins. Refrigerate for at least 4 hours until set and only then cover with cling film It can then be frozen if required or served with the roasted spiced damsons on top and some dessert biscuits. 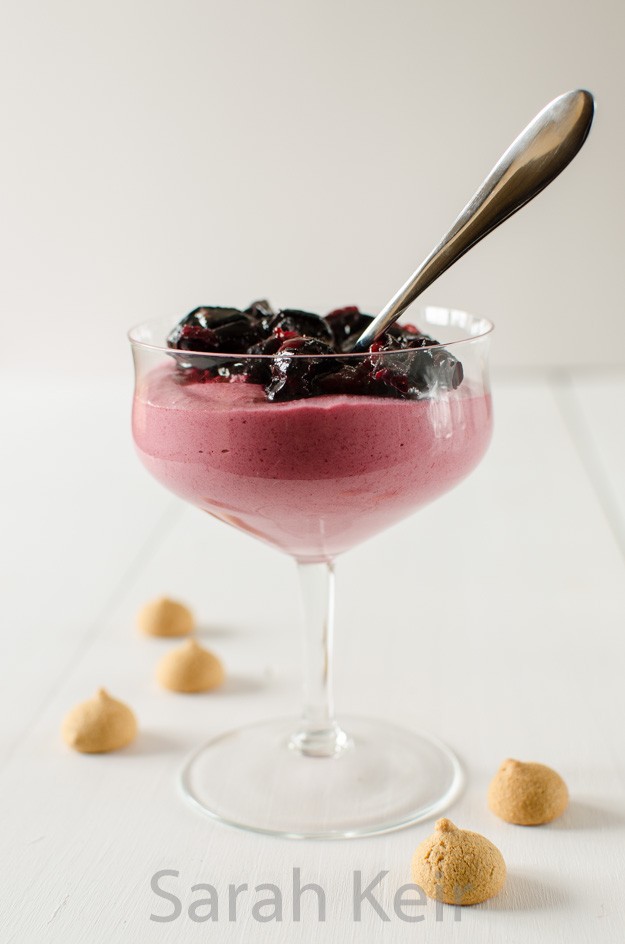