I never used to like cheesecake. I used to find it dense and cloying in the mouth and far too heavy to end a meal. But when we were on the Isle of Wight at Easter time, I tried a baked cheesecake in the local pub and it was sublime; rich but not dense, smooth and creamy. I knew I had to try making this myself. 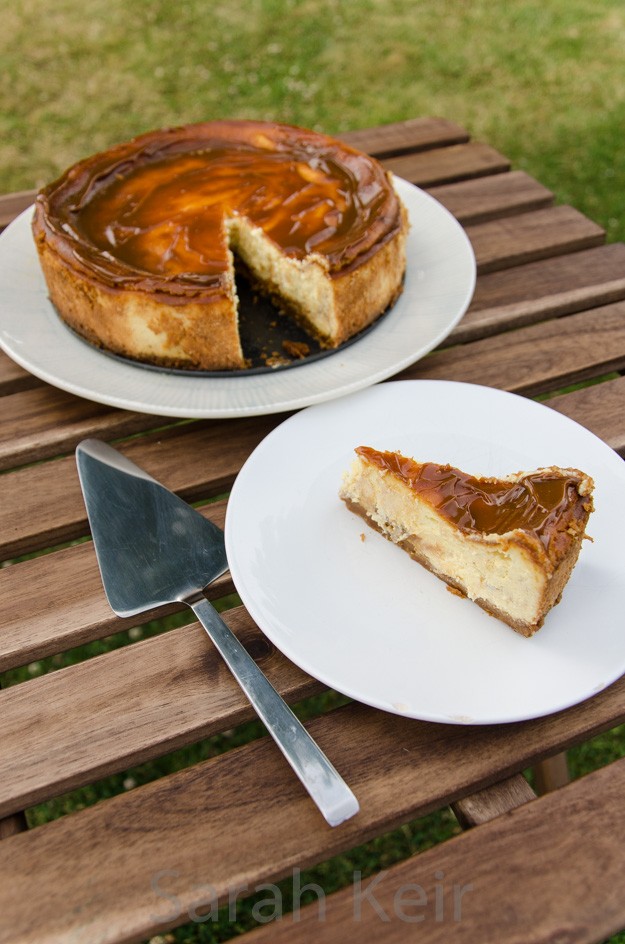 I actually made this cheesecake over a month ago, but low and behold what was on Great British Bake Off this week; baked cheesecakes! I would like to think that mine would have done well against the other contestants. I was certainly please about how it turned out. I have been converted to the joys of baked cheesecake and I hope you are too! Many alternative recipes separate the eggs, whisk the egg whites until stiff and fold them in at the end. This probably gives a lighter resulting cheesecake.

Mix together the crushed biscuits and melted butter. Press into a 24cm spring-form pan. Put in the fridge for at least half an hour to set.

In a large bowl, mix the sugar, corn flour and salt then beat in the cream cheese, sour cream, eggs and vanilla. In a separate bowl, beat the double cream until soft whipped and then fold this into the mixture too. 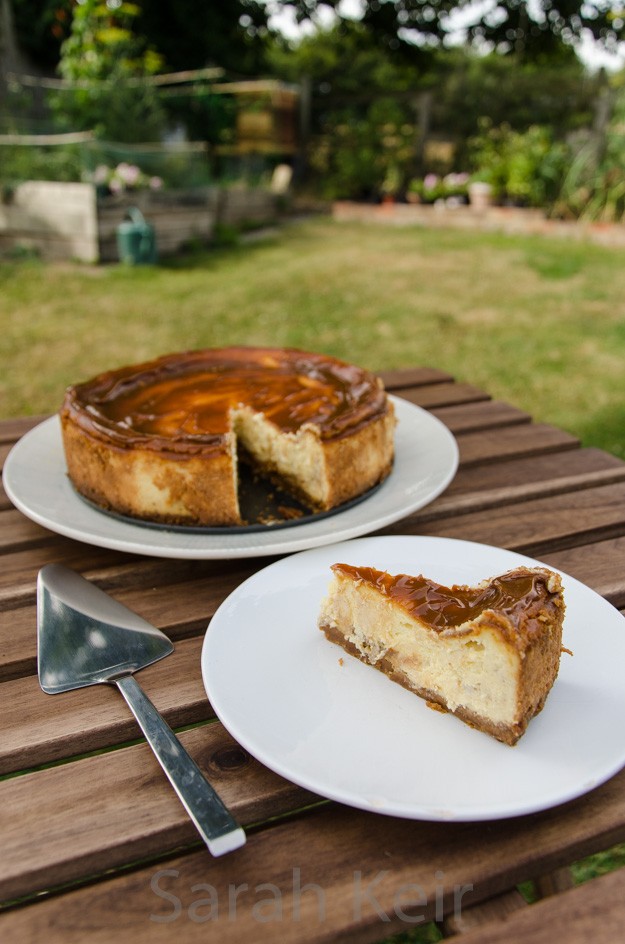